Below are some of the more commonly asked questions employees have about unions and the process of decertification:

Can I get in trouble from my employer for trying to kick the union out?

Can I get in trouble from my union for trying to kick the union out? 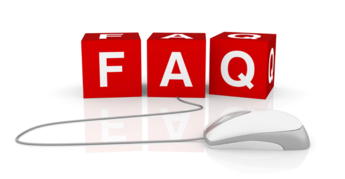 What can my co-workers and I expect from the union if we attempt to kick the union out?

Most unions have rules in their union constitutions that prohibit members from attempting to kick the union out. However, even if a union prohibits you as a member, you still have the legal right to do so.

As a union member, if you attempt to decertify your union, in certain unions, you may be put on union trial. However, while you could be expelled if found guilty, you cannot legally be fined by the union because you are exercising your legal rights.

The easiest way to avoid a trial, however, is to resign your membership before attepting to kick the union out.​

As you can imagine, most unions hate it when employees try to decertify them. For them, a decertification means a loss of membership and, very importantly, a loss in revenue.

As a result, you and your co-workers should be prepared for a union to use whatever tactics it can to try to keep you from kicking it out. The tactics include (but are not limited to)...

Combining scare tactics, along with promises, union do sometimes convince employees to stay unionized. Unfortunately, however, if employees do elect to stay unionized, then the union can lock them into another contract until the next window period opens up--which can be years down the road.

NO. As an employee covered by the National Labor Relations Act, you have the legally-protected right to be unionized or not. While most unions prohibit members from attempting to decertify the union, it is unlawful for an emplyer to take adverse action against you for trying to kick a union out of your workplace.

If this is the case, in the age of the internet and social media, even a small group of employees can communicate with larger groups through emails, social media (like Facebook), and gather interest and the signatures necessary to hold an election (>30%) or even to demand that the employer withdraw recognition (>50%).